It’s one of our favorite rides.

The scenery was spectacular as always. I tried to capture some of the beauty, but there’s really no way to capture the feeling of the vast expansive landscapes.

The weather was moderate – not too cold in the morning or too hot in the afternoon. 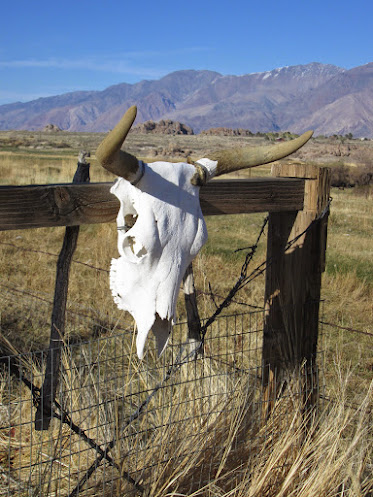 Hosted by Hugh Murphy, Kermit Ganier, and a host of great volunteers, the ride is based out of Lone Pine at the base of the Sierras. 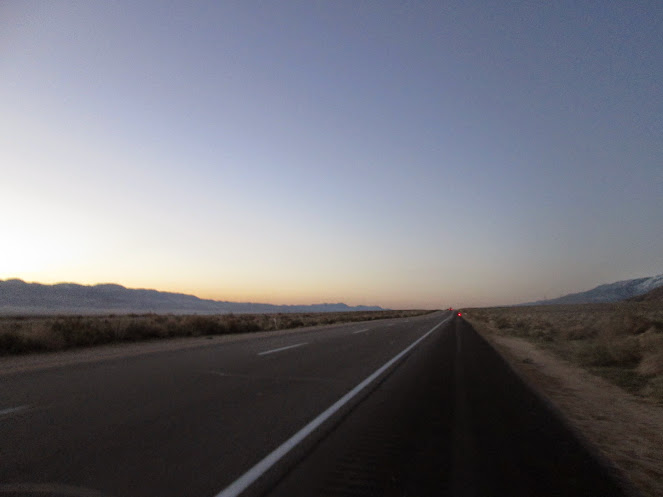 Although the start was cold, we wore our wool jerseys and quickly warmed up by riding. The subtle color changes on the mountains were beautiful as the sun rose over Owens lake. A trio of experienced ultra cyclists (Terri, Phil and Jack) caught up with us, and we rode with them to the first stop at Coso Junction, 40 miles south of Lone Pine on the 395. 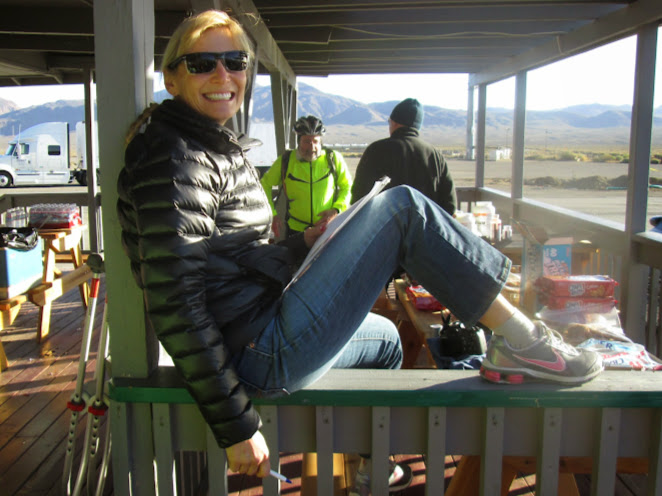 After the rest stop we headed back up north on the 395 then turned east on Highway 190 along the south shore of Owen’s Lake.  We met Mike, another long-distance riding friend, and rode with him on and off all day. 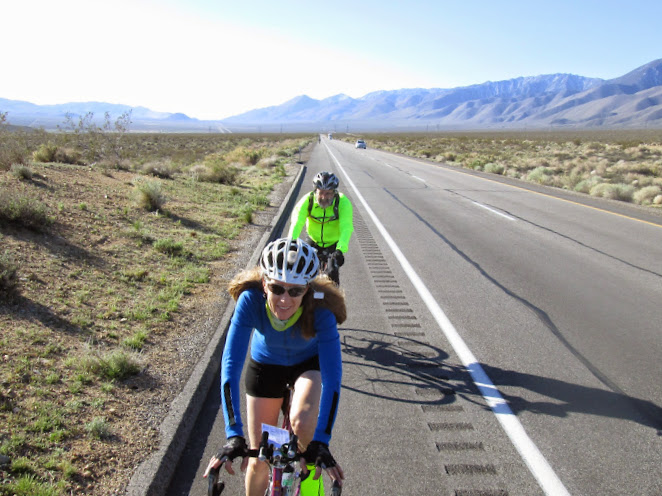 At the junction of the 136 we turned south to head to Death Valley National Park. Unfortunately we only rode to the park entrance, as it is now impossible to get permits for cycling events in the park. What a pity, it would have been great to ride to Panamint Springs or even Towne Pass. 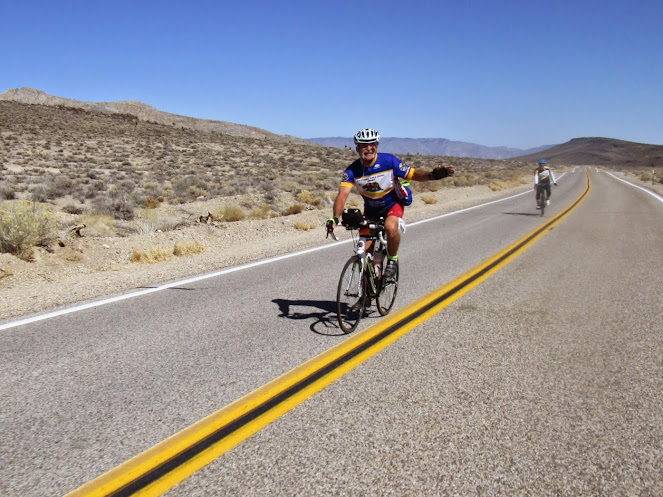 We saw Orange County Wheelmen friends Ron Hearn and David Park heading back from the turnaround before we got there. We never did catch up with them, but it was great to see them briefly. 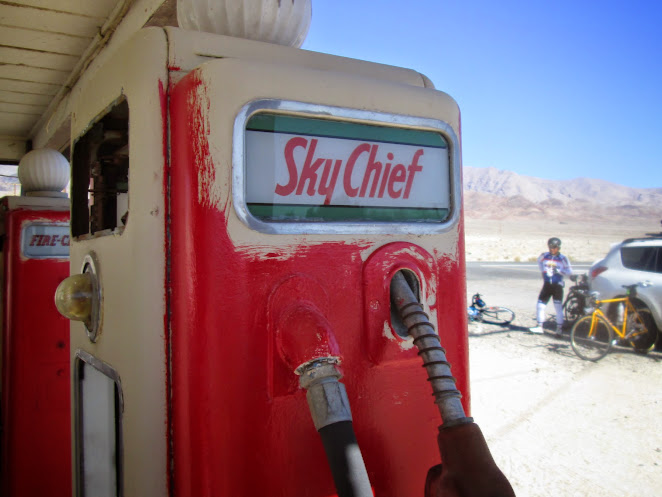 After turning around at the park entrance we rode North along the 136 up the Eastern edge of Owens lake to the rest stop at Keeler, then back to Lone Pine. 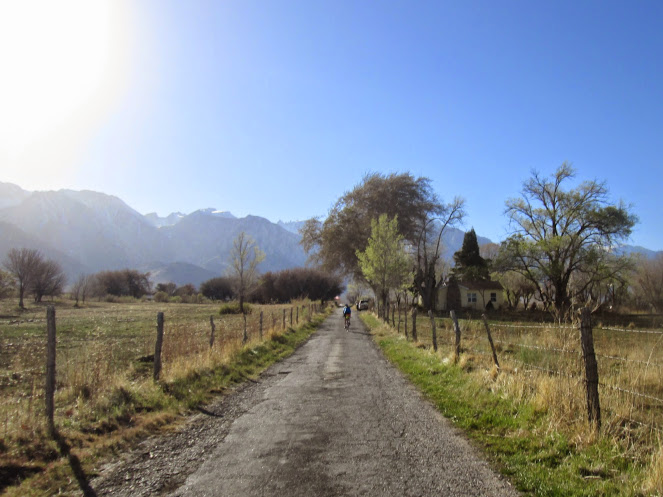 From here the ride got even more beautiful. We climbed up Lubken Canyon through the Alabama Hills made famous in so many western movies. Eventually we reached Horseshoe Meadows Road and headed up into the Sierras. 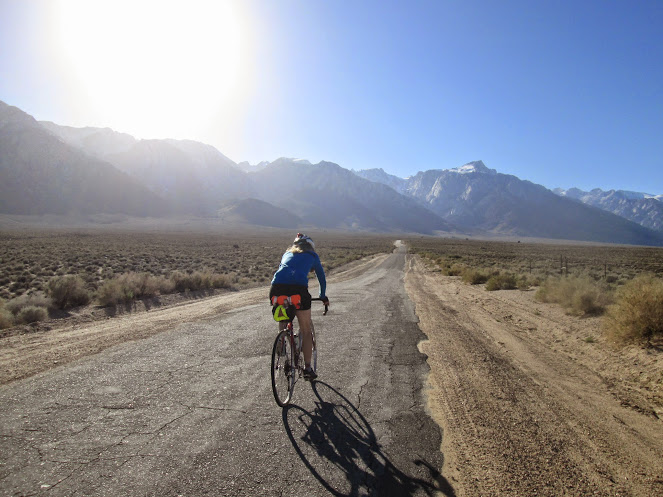 After checking in at the road closure gate, a screaming descent brought us back down through the Alabama hills to Lone Pine once again. From here we rode clockwise around Owens Lake once more to bring our total up to the requisite 200 miles. We finished in the dark, and the temperatures quickly dropped once the sun went down. The view of the moon rising over the Inyo Mountains and bathing the snow-capped Sierras in moonlight was spectacular. 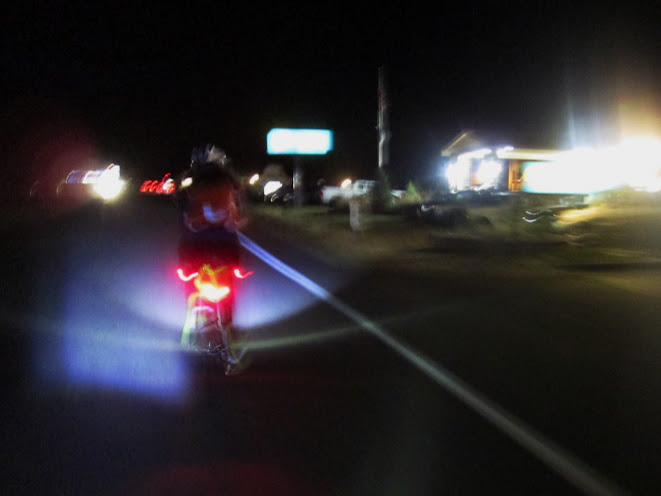